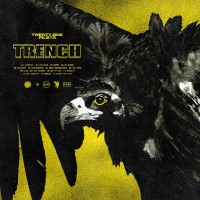 THE NEW album by the mainstream's Twenty One Pilots, 'Trench', debuted at number two on Britain's Official UK Albums Chart. The Ohio-based duo were set to make number one for the first time with sales of 29,835 copies (including 6,178 sales equivalent streams), but were kept off the top spot by Lady Gaga & Bradley Cooper's motion picture cast recording, 'A Star Is Born'. Although missing out on the number one spot, 'Trench' was number one on the physical sales chart.