"Christmas Saves The Year" new single by Twenty One Pilots 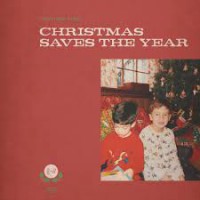 MAINSTREAM hitmakers Twenty One Pilots have a single out for the holiday season. "Christmas Saves The Year" is issued by Fueled By Ramen. Reported US trade magazine Billboard, "The melancholy holly jolly was recorded in singer Tyler Joseph's home studio and it mixes holiday cheer with a bit of real talk about what a rough year we've all had. 'Snow falls down from the gray sky/ Ashes fall from the sea/ Plans are thrown to the wayside/ Frozen days of the week,' Joseph sings on the track, which opens with a flourish of sleigh bells and swelling strings." The song was released
after the band's Christmas stream on Twitch to benefit the Make-A-Wish Foundation.