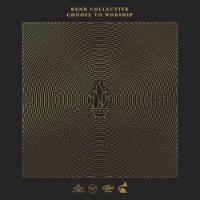 IRISH celebration band Rend Collective has announced that their upcoming album, 'Choose To Worship', will release both digitally and physically on 27th March. Said the band's singer Chris Llewellyn, "Life is hard and worship will not always or even usually be our default setting. It's not initially natural to respond to a cancer diagnosis, or the death of a loved one or a major career setback with a song of praise and trust. This album is an invitation into the spiritual discipline that we have been living as a community of building altars of praise in the darkness, trusting that whether or not the dawn comes, worship is still our sacred duty - and privilege. We hope this album gives you a vocabulary so that you can sing from the shackles, lift an anthem of defiance against your circumstances and raise a shout of joy that demoralises the enemy in his attempts to silence you. We hope that that nothing will ever steal your song. We hope that you will join us in choosing worship." With over 900 thousand global album equivalents and more than 342 million global career streams, Rend Collective's latest hit, "Your Name Is Power", is the first single from 'Choose To Worship'.

After extensive touring of the USA, Rend Collective will kick off concerts in Birmingham on 17th September; Bristol (18th); Bournemouth (19th); and Newcastle-upon-Tyne on 20th. Then after dates in Germany, the Netherlands, Switzerland, the Czech Republic, Norway, Denmark and Belgium, the band are back in London on 18th October; followed by concerts in Manchester (22nd); Glasgow (23rd); Belfast (24th) and Dublin, Ireland on the 25th.