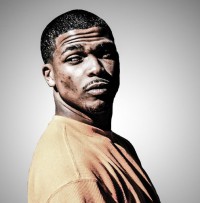 GEORGIA-based label Jesus Christ Music Group have recorded four tracks by Aaron Robinson, described as "a Christian rap prodigy from Muskegon, Michigan". One of the songs, "Glory In The Heavens", is now available through iTunes. Said Robinson, "My lyrical content is biblically inspired with the delivery of flow in comparison to Nas, Jay Z, Young Jeezy and Fabolous."