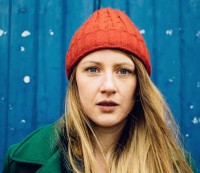 THE SECOND single on 7Core Music by singer/songwriter Tina Boonstra will be released on 12th January. "I Think I See You Now" precedes the release of her EP 'My Concrete Heart (Will Beat Again)', due on 2nd February 2018.