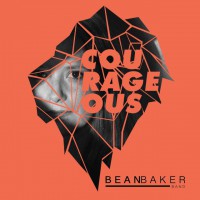 IN WHAT is described as "the first instalment of what will be a three part album", Britain's Bean Baker Band will release on 24th May the 'Courageous' EP. Read a press release, "These are a bunch of people who know they are ordinary men and women who get to walk with an extraordinary God. This EP reflects all of that, translating between venues and styles and carrying the heart of God and who he says we are." Over the years, the band have played at Spring Harvest, New Wine, BCDO, CreationFest and Soul Survivor.