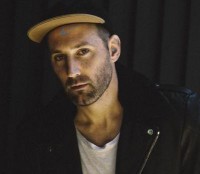 SINGER/SONGWRITER Mat Kearney spoke about his forthcoming album, 'CrazyTalk', prior to embarking on a CrazyTalk tour of the US. "We're releasing a few songs here and there along the way. That's the new model these days. Everyone has a short attention span. Dropping a full album is cool, but your streak week is only a short window of time these days. It's just how people experience music these days, a few songs at a time. Unless you're Drake and drop 20 songs all at once [laughs], he can do that. . . The new stuff is interesting. It was kind of a reference towards my second record 'City Of Black And White' which is more singer/songwriter-driven. When I made this new album, I was listening to a lot of Tropical House and some chill EDM stuff. I was inspired by that type of music. I was like, what would the organic version of that sound become? I started writing in the studio by myself and finding places we could put drops in a weird acoustic singer/songwriter type of record. That was the journey of this new stuff; organic songwriting meets chilled Tropical House kind of stuff."