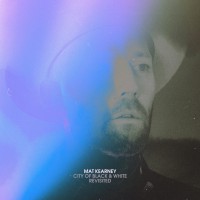 RENOWNED singer/songwriter Mat Kearney has spoken about his latest recording, the EP 'City Of Black & White Revisited'. "To celebrate City of Black & White turning 10 years old, I wanted to revisit some of my favorite moments from that record. A few months ago, I was driving around Nashville and it came on my phone. I was transported back to the moment when I wrote and recorded 'City Of Black & White. It was my sophomore record, I was under a lot of pressure to follow 'Nothing Left To Lose' which had been commercially very successful. We assembled a band and set up shop at the legendary Blackbird Studios in Nashville. It was exhilarating and scary; I was equal parts terrified and confident. We tracked a lot of it as a band and used a lot of raw one-take performances. Out of those sessions came a cohesive pleasing record with songwriting (for the most part) I am still really proud of today. A few weeks ago I set up shop in my home studio with some friends and set a deadline of a week to see what we could do to revisit some of the songs. We stumbled on what we started calling as a "Lo-Fi Nashville" sound. The songs took on a life of their own and gave me a new love from some of them I have been singing for a while now. The first song is out now - can't wait for you to listen!"