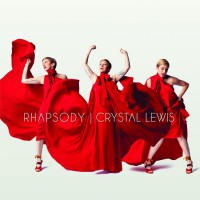 THE VETERAN CCM singer Crystal Lewis, who has enjoyed such Cross Rhythms radio hits as "People Get Ready - Jesus Is Comin'" and "Come Just As You Are", is set to release her first album in four years. 'Rhapsody' is described as "a jazz album featuring soul and swing throughout" and is said to be "stylistically inspired by Ella Fitzgerald and Aretha Franklin and lyrically by heartbreak and loss, love and imagination, hope and life." It was recorded in two days, in two different Los Angeles studios, by producer Tony Guerrero, who was also responsible for the horn and string arrangements.