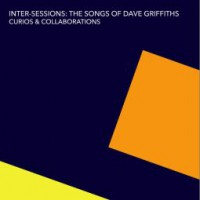 AN ALBUM, 'Inter-Sessions: The Songs Of Dave Griffiths - Curios & Collaborations', has been released. The project contains tracks from Griffiths' solo work as well as recordings made with the Bournemouth-based musician's bands Chaos Curb Collaboration and Bosh.