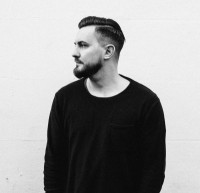 SINGER, songwriter and worship leader Tom Read, who relocated from Hong Kong to become part of St Aldates Church, Oxford, and who in 2012 released the bestselling album 'Compass' in both English and Mandarin Chinese versions, has returned to recorded music. The single "Dead Things To Life", written by Read, Ben Cantelon and Joel Wardle, has already been issued and an EP 'Lament' will be issued on CD and vinyl on 20th April. Talking about the theme of 'Lament', Read said, "After struggling for years with anxiety and dealing with the grief of losing a loved one, I began to write songs to help me process how I was feeling. The more honest I was with my songs, the more I felt I was able to worship authentically."