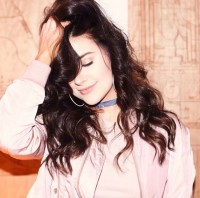 TEENAGE pop singer from Nashville, Riley Clemmons, has released her debut album 'Riley Clemmons'. Two of the tracks on the album, "Remember" and "I'll Stay", reflect her relationship with her mother and sister. Clemmons said, "Lyrics and melodies unite people in such a beautifully unique way, showing us we're not that different from one another." She continued, "I hope these songs help others to find hope, light and unity, just as writing them helped me find my faith through the lens of a new perspective." Clemmons' first single "Broken Prayers", which is featured on 'Riley Clemmons', has been streamed a phenomenal 14+ million times globally.