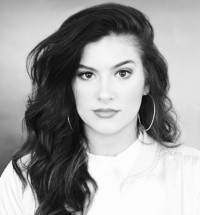 18 YEAR old Nashville-based singer Riley Clemmons has become an instant success with her debut single "Broken Prayers", released through Capitol CMG. The song has received over 12 million global streams and is rising high on America's National Christian Music chart. Clemmons will begin a coast-to-coast tour of America in September with Danny Gokey and Tauren Wells. Another single, "Better For It", has also been released.