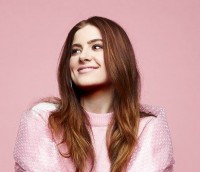 TWO CHRISTMAS evergreens, "Have Yourself A Merry Little Christmas" and "Silent Night", are the first Christmas songs from the 18-year-old singer/songwriter Riley Clemmons, whose self-titled debut album released earlier this year has received 27 million global streams. Talking about her Christmas songs the Nashville-based singer said, "I wanted the vocal to be warm and 'Christmassy' but also fresh and interesting. Collaborating with my producers, the focus was on finding a balance between the beauty of the classic and freshness of my personal artistic imprint. We wanted to create an experience with the songs that wasn't already out there."