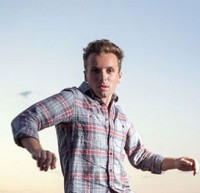 TENNESSEE-based singer/songwriter Curt Anderson has released a Deluxe Version of his 2016 album 'Every Moment'. The new version features four new songs, along with his current two singles - a remix of "Love Like You" and a piano-based version of "Keep Me Falling".