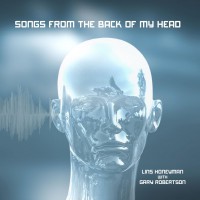 THE COLLABORATION between Perthshire-based singer/songwriter Lins Honeyman and electronic producer Gary Robertson, which produced two singles last year, has culminated in the release of the 'Songs From The Back Of My Head' album. Included on the project are such songs as "Charles Atlas Where Are You Now" and the Shakespeare-influenced "The Wind And The Rain", which have been a staple of Lins' live set over the years and have now been "dissected, doctored and reassembled by Gary with striking results. Guests on the project include Simon Kennedy (from The Simon Kennedy Band), Les Dalziel, Chicago-based musician Jed Brewer and rapper MP Free.