Chris Taylor being praised for recent album and EP 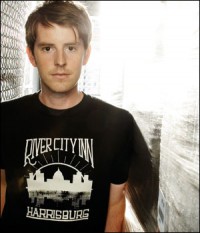 THE CRITICALLY acclaimed singer, songwriter and visual artist, Chris Taylor, is receiving praise for recent Bandcamp releases. 'electroacoustic EP1' features five songs recorded with electric guitarist Mitchell Connell while the full length album 'Down A Dead End Street' offers Texas-based Taylor's interpretations of Bob Dylan songs. Said Taylor, "I've been a mega fan of Bob Dylan since 1989. I came to his music late in the game but it was 'Oh Mercy' that caught my attention and since then I've purchased just about everything he's released and have dozens of bootlegs and I've heard studio session tapes from different albums through the years. I've been playing two-three hour shows of nothing but Bob Dylan songs. . . just as a whim. So it only seemed a natural next step to record them and release them to you. It was impossible to pick only nine of my favourite Dylan songs so I just started recording and these were the first nine I finished."