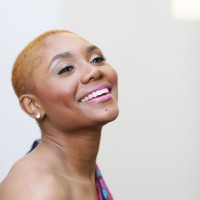 A LONDON-based singer/songwriter, Sharlene-Monique, has released her debut single "You".
The track was produced by her husband Chris Morris (drummer with Big Sean, Alaka) and mixed by Grammy Award winner Alan Branch. A press release described how Sharlene-Monique's "silky emotive soulful tones took flight during her church-filled childhood."