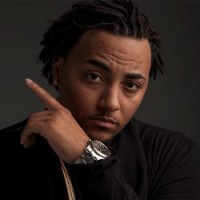 HIP-HOP artist Steven Malcolm, who has over 15 million streams and over 4.7 million YouTube views, has spoken about his album 'The Second City', due to be released on 25th January. Said Malcolm, "With this record, I wanted to tap back into my heritage. My father was from Montego Bay and while he was absent for most of my life, it was his absence that led me to finding a calling to music, inspire others and ultimately my true identity. I found my second life and for that I am eternally grateful; so I wanted to dedicate this album to my dad."