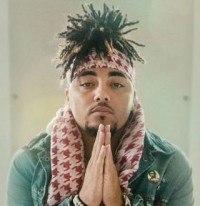 A SECOND EP by Dove Award-nominated rapper Steven Malcolm has been released. 'The Second City Pt 2' features, among others, popular worship ministry Leeland. A full-length album, 'The Second City', will be released in July 2019.