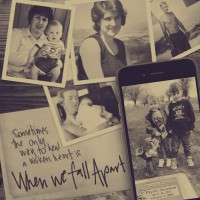 AWARD-WINNING singer/songwriter Ryan Stevenson has released a single, "When We Fall Apart", through Gotee Records. Stevenson specifically penned the song for his mother, Phyllis Stevenson, and released it on the 10th anniversary of her death. He said, "My mom died 10 years ago today from bone cancer. The last words she spoke to me are the words to this song. Even in the face of imminent death, she was pouring out wisdom and words of healing and encouragement to me that it's ok to cry, it's ok to grieve, it's ok to fall apart. We are all going to experience loss at some point to some degree. This song has been my way of working through and navigating one of the most painful storms of my life. I hope it encourages you to do the same."