Having scored US radio hit with title track, Ryan Stevenson releases 'No Matter What' 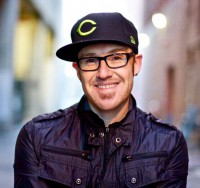 NASHVILLE's singer/songwriter Ryan Stevenson, who recently enjoyed a US Christian radio hit with "No Matter What", a duet with MercyMe's Bart Millard, has now released the 'No Matter What' album. The project also contains "The Gospel" and "Faithful" featuring Amy Grant, who also co-wrote the song with Stevenson and the album's producer, Bryan Fowler. It is released through Gotee Records.