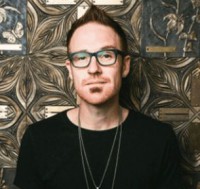 NASHVILLE-based singer/songwriter Ryan Stevenson has released a new song featuring MercyMe frontman Bart Millard. "No Matter What" was written by Stevenson and producer Bryan Fowler and is based on 2 Corinthians 12:9,10. Said Ryan, "Over the course of the last several years I continually asked the Lord to give me songs that exist for a reason. As we were working on this new record a recurring theme I felt the Lord continually whisper to my heart was 'beloved identity'. I, like many of us, grew up in the church - a religious environment, where we weren't necessarily nurtured and taught about God's grace, patience and compassion. As I continued to grow and experience life the truth I continue to encounter is 'I am his son no matter what'. It is easy to fall into the track of performance-based relationship with God when we've been taught in religious environments that he's mostly disappointed with us. This song hopefully will encourage all of us that even though we struggle, Jesus is overseeing the process."