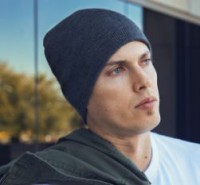 ARIZONA-based rapper Dusty Marshall, whose "Forever You're Loved" is currently on the Cross Rhythms playlist, has announced pre-order details for his new album, 'American Holocaust'. It was produced by Spechouse and Mack11Beats. Said Dusty, "This album was meant to call the western evangelical church back to God and his Word and to stop building a false version of God based on the deceptive feelings of popular culture."