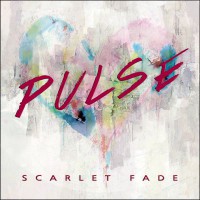 SIBLING trio Scarlet Fade have released as a single "Pulse", the title track from an upcoming album. Writing about the group, comprised of Jordan, Jaimee and Jacob Hoffman, a press release stated, "Now, with a new album and busy tour schedule, Scarlet Fade shows no signs of slowing as the siblings work to bring encouragement and inspiration to people of all ages."