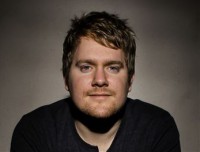 OHIO-based Brian Campbell has released his first full length album in five years, 'Born Again'. In 2012 he released the album 'Hearts Wake To The Giver Of Life'. His new album was produced by Christian music hitmaker Matthew West.