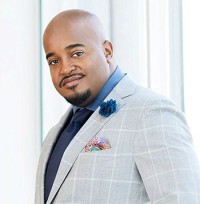 AWARD-winning gospel artist Jason Nelson, whose single "I Am" topped the US gospel charts, has released a single "Forever" from his upcoming fifth solo album 'The Answer', to be released later this year. It was recorded live at the church he leads, Greater Bethlehem Temple in Baltimore, Maryland. Said Nelson, "'Forever' speaks of God's unfailing and undying love for us. We often think that the Lord's love is conditional like man's. But his promise is to always be with us and love us despite any circumstances. God's love is forever."