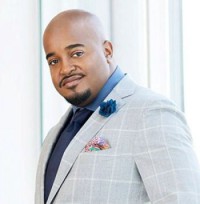 AWARD winning gospel singer Jason Nelson will have his latest album 'The Answer' released by RCA Inspiration on 18th May. Read a press release, "Jason Nelson has produced an indelible album of live performances and studio cuts. Guesting on the album is his twin brother, Jonathan Nelson, and the project includes covers of Andrae Crouch's 'Jesus Is The Answer' and Bill Gaither's 'He Touched Me'."