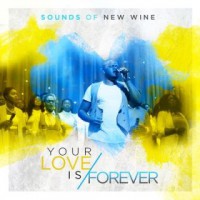 LONDON'S megachurch New Wine have released another single from their gospel choir Sounds Of New Wine's 'The Siege Is Over' album. Read a press release, "The single 'Your Love Is Forever' was produced and co-written by London-based producer Goz-i-am with Lawrence Johnson as executive producer. The lead vocal is delivered by Glenn Gwazai."