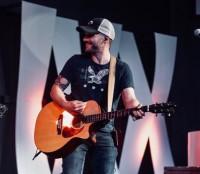 NORTH CAROLINA-based worship leader Bill Luton has released his second single. "Glory in Me" follows "You Promise", issued earlier this year. Luton said of his music, "Since I was old enough to hold a microphone, I have sung. Since I was old enough to strum a chord, I have played. Throughout my life, God has given me opportunities to honour him through music."