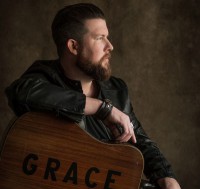 ARKANSAS-based singer/songwriter Zach Williams was presented with an RIAA Gold certification plaque for his record-breaking single "Chain Breaker" at the BMI Awards on Wednesday. When it was released in autumn 2016, "Chain Breaker" held the number one spot on the Hot Christian Songs for nine weeks and is the title track of his Grammy award-winning debut album.