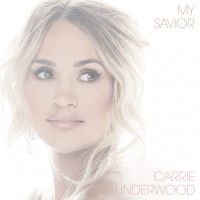 SEVEN-time Grammy-winning country music superstar Carrie Underwood has released a new gospel album. 'My Savior' was issued on 26th March. Carrie will be performing a special concert, My Savior: Live From The Ryman, in support of the album which will be streamed globally on her official Facebook page at 11AM CT / 5PM BST on Easter Sunday 4th April with donations going to Save The Children. Joining Carrie are gospel singer CeCe Winans (dueting with her on "Great Is Thy Faithfulness"), Needtobreathe frontman Bear Rinehart (dueting on "Nothing But The Blood Of Jesus"), harmonica player Buddy Greene and guitarist Mac McAnally.