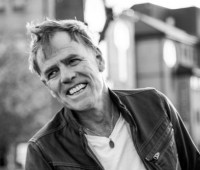 WELSH singer/songwriter Martyn Joseph has released his latest album, 'Here Come The Young', on his own Pipe Records. It was produced by Gerry Diver. Read a review in the January/February issue of RnR magazine, "If Bob Dylan were to write 'The Times They Are A Changing' now it would sound just like the title track of Martyn Joseph's new album. Martyn is looking back before he looks forward but he eschews florid language and hits you right between the eyes."