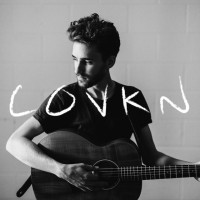 INDEPENDENT recording artist from Arizona, Lovkn (real name Steven Luffkin), whose single "Holy Rain" has just gone on the Cross Rhythms playlist, released the single "Come Sweet Jesus" on 30th August. Both songs are on Lovkn's soon-to-be-released crowd-funded album, 'Pilot Of My Own Life'. The singer/songwriter recently played Britain's Creation Fest and will be making his second visit to the UK in October.