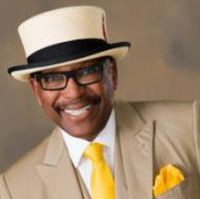 THE ONE-time member of Parliament/Funkadelic, now a gospel singer, Calvin Simon, will be joining his former band members at the upcoming 61st Annual Grammy Awards on 10th February when the band will be honoured with the prestigious Lifetime Achievement Award. Said Simon, "This is such a big honour for all of the members of Parliament/Funkadelic. I send my hearty congratulations to my P-Funk bandmates and look forward to joining them at the Grammy Awards. It's so incredible to think back to the beginning, when the five founding members started this journey that turned into a 25-year music career for me. I'm so grateful and humbled by this recognition."