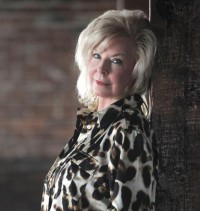 A SINGER, Debbie Cochran, whose style has been described as "a golden gospel voice with traditional country undertones," has released her seventh full length album, 'In A Heartbeat'. It was produced by Grammy-nominated producer Kent Wells. Said Cochran, "In a heartbeat life can change. The lyrics in this album are tender stories shared by the wonderful people I have met during my travels. The songs are about loss, disappointment, love, letting go and where to find the strength to press on."