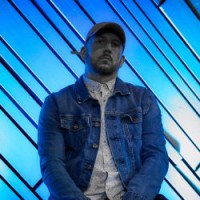 THE MULTI-genre singer and rapper Jentile, real name Tim Logan, has landed an xRhythms radio hit with his new single "In The Clouds". It was produced by Grammy award winning producer and artist Derek Minor. Read a press release, "'In The Clouds' is a song which reveals the artist's attempts to fit in with the 'in crowd' while wrestling with anxiety, addiction, and fear. The song comes from the artist's own struggles as well as the grace he has received through the gospel of Jesus to find peace in the pain."