Detroit's Shana Wilson-Williams releases "It's In The Room" single 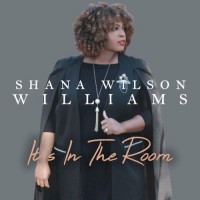 WORSHIP leader and choir director of the Community Christian Fellowship Church, Detroit, Shana Wilson-Williams has released a single "It's In The Room (Radio Edit)". In 2008 Shana released two live albums, 'The Nations Are Waiting' and 'I Love You', under the name Shana Wilson.