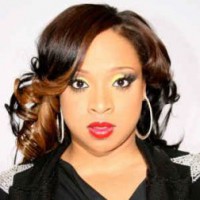 HAVING CREATED a stir with her "Don't Judge Me (ftg Missy Elliott)", Grammy-nominated R&B gospel singer Kierra Sheard has released another single, "It Keeps Happening". Kierra co-wrote the song with her brother, producer and songwriter J Drew Sheard II. It is from the singer's highly anticipated sixth album, 'Kierra', to be issued by Karew Entertainment/RCA Inspiration on 17th April.