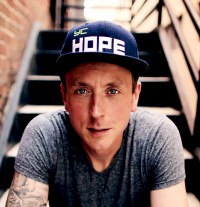 THE ONE-time frontman of Bluetree, whose "God Of This City" became an international worship hit, Aaron Boyd, is releasing a solo album, 'Jericho'. The title track from the project features a special appearance by the Newsboys' Michael Tate. Half of the proceeds from 'Jericho' will go towards World Orphans, a non-profit organisation which seeks to provide holistic care to vulnerable families through the local church. Said Boyd, "I am so excited about the release of this project. I've partnered with World Orphans for the last few years and seen the incredible work they're doing across the globe. I love these guys to bits and believe wholeheartedly in what they're doing to protect vulnerable children."