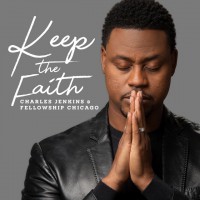 GOSPEL hitmaking team Charles Jenkins & Fellowship Chicago, who have enjoyed three Billboard number one radio hits, "Awesome", "War" and "Grace", have released a title track radio single from their forthcoming album 'Keep The Faith' (Inspired People/Empire). For two decades, Jenkins has been the pastor of the 8,000-member Fellowship Chicago church, founded by the late gospel star preacher Rev Clay Evans. Jenkins will be retiring at the end of 2019.