Rapper Greg Cooks reverts back to the name Puntin 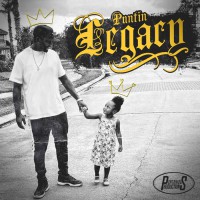 THE LONG-established Texas-based rapper Puntin, who in 2017 released an album under his real name Greg Cooks, has reverted back to his original hip-hop name for the release of his latest album, 'Legacy'. The project, released in November 2018 by Puntanious Productions, features guests including Playboy T, Von Won and Jcomostedhated.