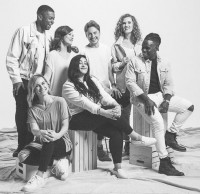 A DEBUT album, 'Make Way', recorded live in Los Angeles by E58 Worship, has been released. Read a press release, "'Make Way' was birthed when the music community at Expression58 began to submit original songs that could be used at the church. Soon, 20 members of the community set off on a retreat, focused on prayer, listening to where God may be leading the community, and songwriting. By the end of the week, the group of 20 people had completed 20 original songs, eight of which are featured on the 12-song project."