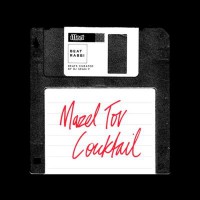 ILLECT RECORDINGS are releasing a 31-track beat tape 'Mazel Tov Cocktail' by renowned hip-hop producer Beat Rabbi (Deepspace5). Said hip-hop authority Josh Niemyjski, "This project is a bit of a surprise. Beat Rabbi retired from beat making a few years back to pursue his studies and focus on family. He is one of the most knowledgeable crate diggers I've ever met... he knew all the breaks... ALL of them. And he probably had doubles of the wax they were from. So when I heard this project was in the works... I was instantly excited. 'Mazel Tov Cocktail' is his musical farewell."