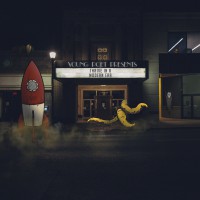 BALTIMORE-based band Young Poet, whose music is described as "a lean cut of pop melodies, punk energy and metal proficiency," are picking up interest for their recently released album 'Thrive In A Modern Era'. The 10-song project is released independently.