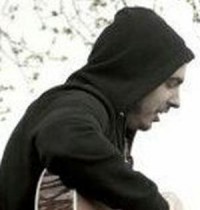 LONDON'S widely experienced singer/songwriter Andy Kyte will release an album, 'Hope Deferred', after a successful Kickstarter campaign. It is issued on Andy's Rawr Like A Lion Records. Read a press release, "As with Andy's previous release on the label, 'Hope Deferred' draws on funk, soul and rock genres, but features more expansive influences, including disco, samba and electronic."