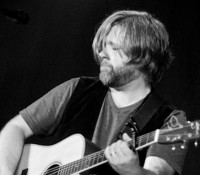 THE GEORGIA-based worship leader Saint Lewis has released an eight-song mini-album. The project features Jessica Crawford & The Fountain of Life Singers, Brothers McClurg and others. Said Shannon 'Saint' Lewis, "I won't lie, life hasn't gotten easier but the Lord has grown me and through a few more surprises enabled 'Morning Will Come' to finally be finished last week. The songs span the past 10 years, five different studios, seven different producers and engineers and more musical guests (from members of Third Day, Aaron Shust's band, Kari Jobe's band, etc) than I have space to list. Now as much a compilation album and a concept album as it is a worship record, I'm honoured that it will be available on iTunes/Spotify/Amazon on 18 May."