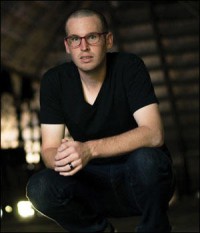 SINGER, songwriter and worship leader Noah Cleveland, who is based in McDonough, Georgia and with his wife Ivy travels the USA leading worship and performing concerts, has released the single "My Savior Lives" through Artist Garden Entertainment. Read a press release, "The song was initially produced by Nathan Nockels (Passion, Chris Tomlin), then re-produced by Ed and Scott Cash (Chris Tomlin, Matthew West) and re-produced a third time by artist/producer Matthew Parker."Said Artist Garden Entertainment's Keith Stancil, "All three stellar producers added some of their DNA to the song but we were determined for it to be the best it could be before shipping to radio. Several labels wanted the song for their artists but we held out as we felt that it was meant to be Noah's anthem to sing."