Britain's top worship leader MATT REDMAN talked to Tony Cummings about his new album, his children and being a face-to-the-ground worshipper.

Tony Cummings conducted this interview with Matt Redman in May, 2004.

Tony: Why a live album? 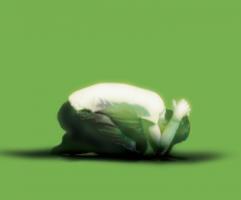 Matt: I've had it in my heart for a while now to record a live album which captures the passion and presence of the singing, worshipping Church yet has a real uncompromised quality to the recording. We've just been waiting for the right time to do that - and the right environment to record it in. I've been really wary of setting it up in a false way - people getting together just for the sake of a recording feels a little weird to me. What unfolded felt like a really wholesome approach - we hosted a songwriters gathering and spent three days together affirming the call to write songs for the Church, and sharpening each other in that calling. Louie Giglio, Chris Tomlin, Charlie Hall and myself all brought teaching to the 350 songwriters gathered - and then in the evenings we had worship and word meetings where we recorded the worship for the album. In the end it felt like the perfect environment - nearly everyone in the room was a lead worshipper so there we were surrounded by exuberant and passionate worshippers who happened to have great voices and could pick up new songs really fast! The three days were a wonderful time. One night in particular there was an incredible sense of the presence of God. The recording faded far into the background and we simply encountered God. It was everything I'd hoped for and more. Something happens in the worshipping Church that you won't find anywhere else on the face of this earth. Sometimes as Christians we can get a little paranoid about whether our music is up to scratch with secular standards and we get a little insecure - but in truth we have something that distinguishes us and cannot be copied or re-produced - the presence of God. My dream is for more worship albums that capture and convey this indistinguishable factor - the incomparable people of God pouring out the praises of God in the presence of God. Surely worship albums should be more than "a collection of recorded songs which melodically and lyrically happen to be congregational"? I'm looking for something deeper.

Tony: How much overdubbing was done after the event?

Matt: As little as possible. Obviously there are always a few things that need fixing, but the key was getting in great players who would get great stuff to tape. We had a fantastic band - all 100 watt light bulbs in terms of their worshipping hearts - yet all massively gifted to express that worship through skilled and creative musicianship. The kind of people who are ready for the spontaneous too, and that shows through in places on the album.

Tony: I understand that Nathan Nockels produced it. What did John Ellis and Terl Bryant do on the project?

Matt: Yes, Nathan is a great producer - very creative, but also lots of common sense so he makes good decisions along the way. It's not too often you'll find someone who's wildly creative yet also brimming with common sense! Nathan is also a fantastic piano player - and brought some really fresh playing to the arrangements. It was wonderful to have John Ellis back in the picture. It's been a few years since we've teamed up on anything. He's a busy man, fronting Tree63, but God opened up a little window where he was able to free up two weeks to sow into this project. That was an amazing blessing to me - I love his friendship and his playing. We go back a long way - he used to play guitar in worship with us in South Africa - shortly after he'd become a Christian - so it was special for me that he could journey with us on this 'Facedown' project. We actually had another South African in the band too - Andrew Philip on keyboards. Andrew works with me now on www.heartofworship.com and we travel together - most people will know him as a producer (Soul Survivor live, Paul Oakley, etc) but he's also a very innovative keys player.

As for Terl Bryant - he brings a special edge to everything he's involved in. We get to lead worship together a lot these days - he's a great example of someone who plays skilfully from the solid foundation of a heart of worship. For all Terl brings musically, he brings just as much spiritually - through passion, intercession and prophetic insights, etc.

Tony: Down the years you've had tracks released on many live event albums. How does 'Facedown' differ from them?

Matt: I think it differs in a few ways. For one thing, it's a little more "crafted" - we've gone into the project trying to paint a particular picture - a flow of songs and sounds and lyrics that take up the call that Psalm 66 gives us to make God's praise "glorious". So in other words there's a thought-out concept running through the album. With a Soul Survivor album, for example, the conference is like a "painting", and with the album you're taking a photograph of that painting - in other words, documenting the journey those young people went on together in those few days. But with this new recording it's more like the album itself is the painting - a flow of songs that have been written and weaved mainly around the theme of reverence, wonder and mystery in worship. I guess the only other distinctive this time round is we're making a DVD - which would have been harder to do with a studio recording! It includes all the album's songs plus a couple of bonuses - and we've worked hard on exploring visually creative things - such as backdrop videos that convey the sense of some of the songs. The DVD will also contain some teaching features - conversations with the likes of Tim Hughes, Darlene Zschech, Mike Pilavachi and Graham Kendrick - plus three whole talks from Louie Giglio which wrap themselves around the same theme of the reverence and wonder in worship.

Tony: Talk me through a couple of songs on Facedown. 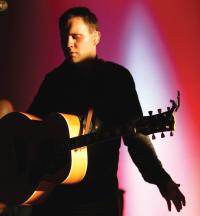 Matt: The title song, "Facedown" is something which infused in my heart for a little while before I actually wrote it (with my wife Beth). I've become fascinated by this word "facedown" - it's the ultimate physical posture of reverence, and when you look for it you find it so many times in Scripture. Moses, Abram, David, Daniel and Ezekiel for example were all facedown worshippers - people who faced up to the glory of God and found themselves facedown in worship. In the book of Revelation we see more of the same - a congregation of face-to-the-ground worshippers who have seen so much of God that to fall down in reverence and awe is the only appropriate physical response. So the song "Facedown" centres in on the fact that we fall facedown in reverence and awe as God's glory shines around. More than anything of course, facedown worship is a posture of the heart - people so consumed with the glory of God that they find themselves reverencing him in every detail of their everyday lives.

The song "Seeing You" wraps itself around the theme of revelation and response - something I teach on a lot in worship:

"This is a time for seeing and singing.

Hi Tony
Was browsing the new look site and came across your interesting interview with Matt Redman (was hoping to find the answer to the competition question!). The site is excellent, easy to navigate and comprehensive. Hope you and Maxine are enjoying life as God intends.
Lots of love from your family here in WA.
Elaine & Tom (& Phil & Wendy).