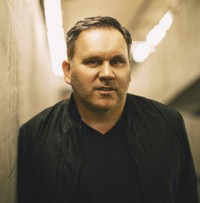 BRITAIN's premier worship artist Matt Redman has released a new single, "The Same Jesus". Said Redman, "I'm really excited about this new song. I love that when we worship him in the here and now, we're worshipping the same Jesus who spoke creation into being, the same Jesus who walked the earth, who went to the Cross, who rose up from the dead, and is coming back again. We're caught up in his eternal story, and it's a beautiful thing that we get to worship him as the God of yesterday, today, and forever -- the One who was and is and is to come."